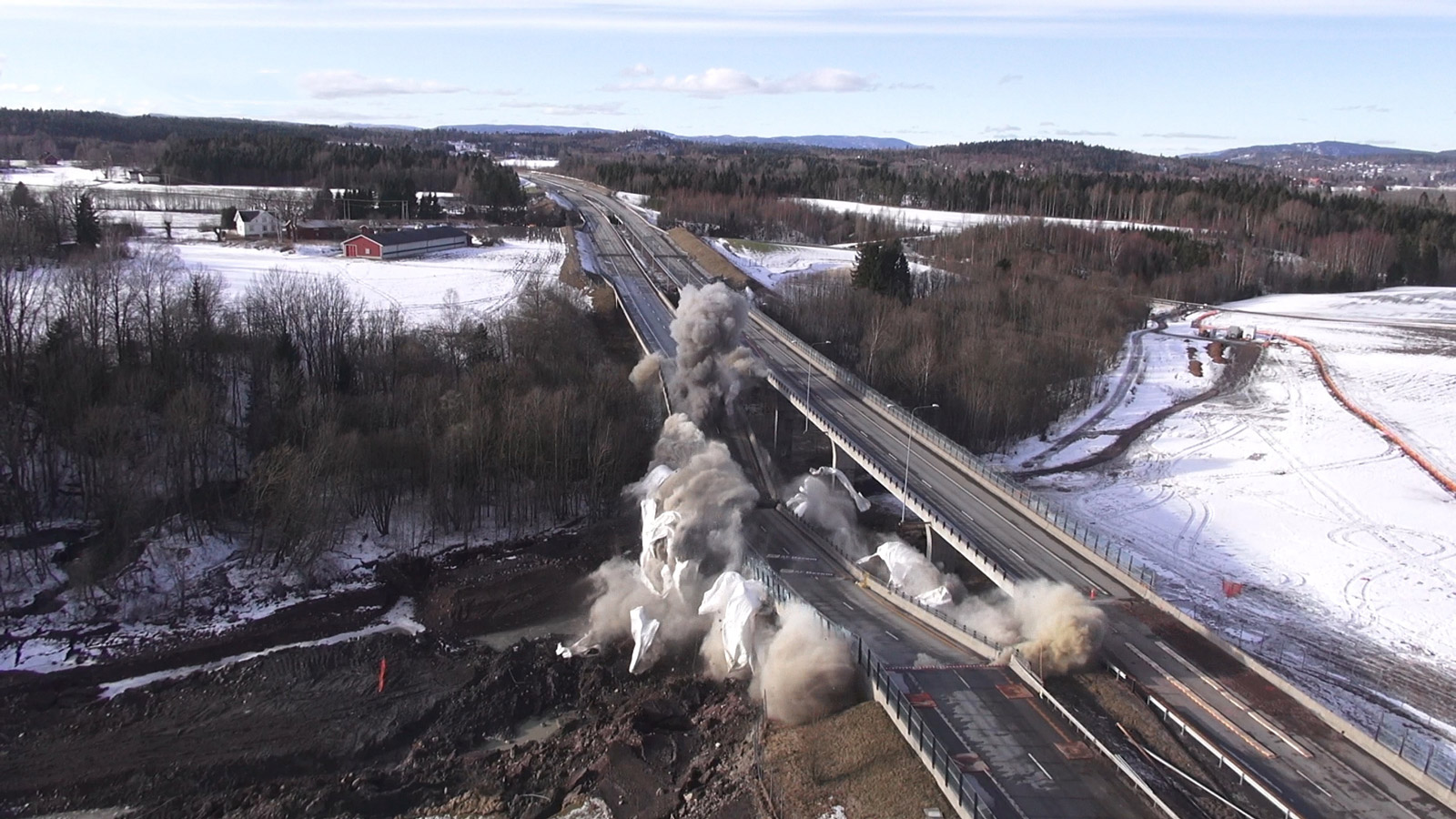 Inspection and geodata provided by Orbiton after the collapse of Skjeggestad bridge on Februrary 2nd helped determine that the bridge had to be demolished as quickly as possible due to danger of further collapse. Decommisioning was to be carried out using explosives as part of a complex operation which inolved danger of a massive quick clay landslide. Once again Orbiton was contacted by the Norwegian National Public Road Authority (NPRA) to supply inspection and geodata to geologists and engineers as soon as the 2700 ton structure was blown up. Additionally, Orbiton was commisioned to provide infrared surveillance data prior to the explosion to national police and security personell as part of their efforts to insure that no trespassers entered the 500 meter blast zone. Being this such a high-profile operation, Orbiton was also requested by NPRA to supply aerial footage to the entire press corps in Norway. For this, Orbiton awarded the national broadcasting service (NRK) the task of feeding HD video into a media pool.