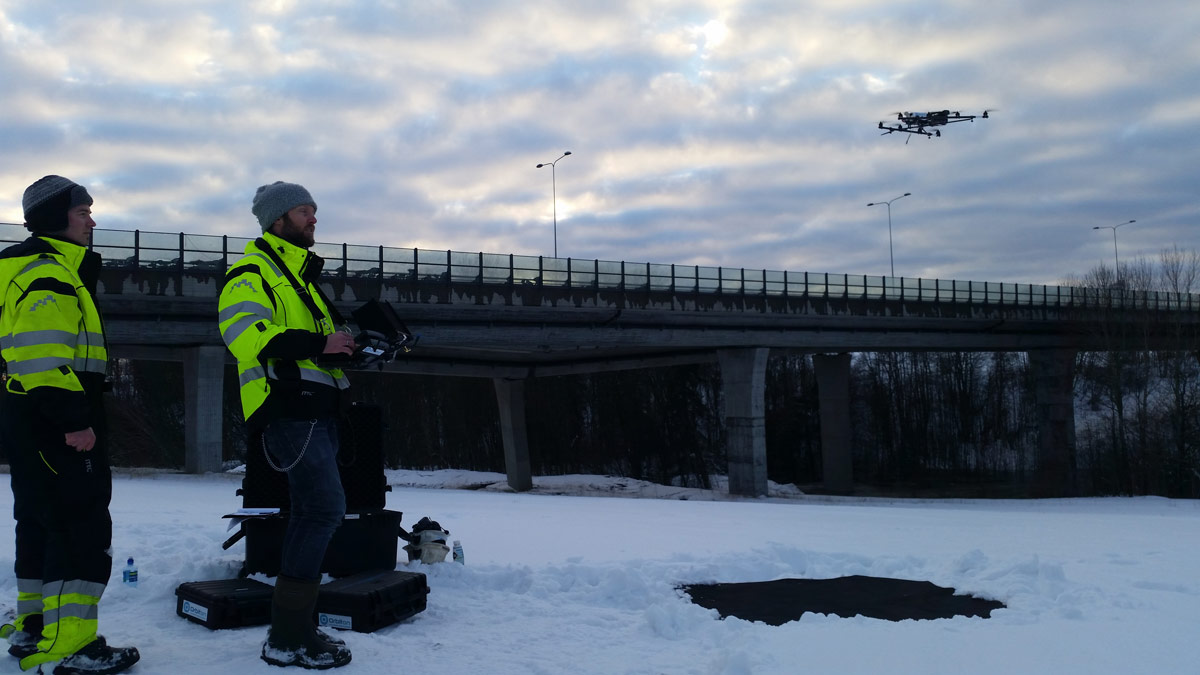 On Tuesday, February 3rd, Orbiton received an emergency call from the Norwegian Public Roads Administration (NPRA) and the Norwegian Water Resources and Energy Directorate (NVE). Skjeggestad bridge near Holmenstrand had collapsed on the E18.  No one was injured but one of Norway’s main highways had been closed.  Due to the risk of further collapse, the area was cordoned off and considered unsafe for engineers to approach.  Orbiton quickly arrived on site with a two-man team and sent an UAV to examine the structure.  14 missions were flown and Orbiton was able to deliver a large amount of crucial imagery and geo-data in record time to NPRA and NVE engineers.  Orbiton’s data was then quickly uploaded to central servers and used at top government level. 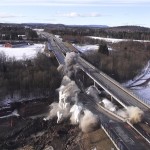